Brazilian Jiu Jitsu was formed by two Brazilian brothers. It is considered a martial art and also a combat sport. There are submission holds and ground fighting. The skills and techniques of BJJ focus on taking the opponent to the ground.

Gracie Jiu Jitsu (GJJ) is another form of Brazilian Jiu Jitsu (BJJ). GJJ was started in the early stages of 1900s. The Gracie family in Brazil were the pioneers of establishing GJJ. Most of the techniques that are used in GJJ are taken from the practice of the Gracie family. The founder of GJJ is stated as Helio Gracie, but really is carried today by Ryron and Rener Gracie who made the distintinction of Gracie jiu-Jitsu.

GJJ being a part of BJJ, there are many similarities. On the other hand, there are differences between them too. BJJ is designed more to the sport of grappling while GJJ uses similar techniques, but it focuses on self defense. GJJ helps to defend yourself from any type of opponent regardless of man factors like fitness, age, gender and size.

Contents hide
Main Differences between BJJ and GJJ
Similarities of GJJ and BJJ
What is the best? GJJ or BJJ

Main Differences between BJJ and GJJ

The main purpose of each two arts is bit different from each other. GJJ has an objective – to make the practitioner strong and knowledgeable in self-defense to face the street fights. You can practice GJJ as a way of life because GJJ teaches to be away from drugs and to refrain from other harmful things.

On the other hand, BJJ aims more so on the sport side. Here too the practitioners need to learn self-defense along with sporting techniques. Grappling is a must to learn in BJJ. The practitioners of BJJ are taught to fight in a structured and competitive environment under a set of rules.

That is why you will be ready to face any hard situation by learning GJJ. There is a reason behind the intended opponents of this martial art, it is that the grand master of GJJ, Helio Gracie was a smaller man who has developed the techniques in order to fight against larger and stronger people than himself. But in BJJ, the intended opponents are the BJJ players who have mastered and trained the same skills. Generally, they will be having the same skill levels.

When considering the techniques that are being used in GJJ and BJJ the differences can be seen. Normally, GJJ techniques can be seen in BJJ. There are more techniques in BJJ when compared to GJJ. In GJJ, they consider that some BJJ techniques are unnecessary and thus, they have omitted those techniques. For example, you will never see a berimbolo in Gracie Jiu-jitsu.

In GJJ, there are three main rules that the practitioners need to be adhered. Those three rules are that the players should be trained and those must be applicable for everyday situation, and they need to be energy efficient, and they need to use the movements which are natural. Using natural movements is an important factor in GJJ, because it makes it easier to engage in this martial art. But in BJJ, there are hard techniques that can not be performed by every person. There are BJJ techniques that are not useful in everyday life. However, being a sport martial art, those techniques need more speed and physical strength.

GJJ and BJJ have different training styles. As GJJ is most focuses on street fighting, the training is done in a special way. One practitioner uses Gracie style while the other practitioner gives extra weight and uses gloves and he or she can fight whatever way that they can. But in BJJ trainings, there are specific set of rules and regulations that must be followed in trainings as well as in the competitions. As there are illegal techniques the practitioners must be aware not to use them.

There are some differences of the beginners’ belt system in these two martial arts. In GJJ a student can not engage in any fight until they are a blue belt. That is because this art aims at self defense and street fighting. They need to keep the student equipped well with the techniques and be mastered the art until he is ready to defend themselves and engage in a fight.

For that student has to learn and master 36 core techniques and after that they can gain the blue belt. And later on those practitioners are given space to fight against any person regardless of the size, age, gender and the strength. In BJJ, when the student can grapple with another student of that same level a belt can be obtained. And when they go to higher levels by mastering different skills, the belts also will be upgraded.

Similarities of GJJ and BJJ

The origin of both GJJ and BJJ is the same. Both arts were originated in Brazil.

The stripes or the tips are also another grading system that is common to GJJ and BJJ. When a student is in a particular belt and on the way to the next the belt that student must gain the tips in each belt by improving the skills. There are four sets of stripes in each belt except the black and red belts.

What is the best? GJJ or BJJ

When comparing these two Jiu Jitsu forms, they are good at their own ways. When considered about winning a fight both are better in two different ways. If you need to win a street fight and learn more self-defense mechanisms Gracie Jiu Jitsu is the option that you need to choose. But if you are willing to do this martial art as a sport and to have wins in the competitions the best option is Brazilian Jiu Jitsu, as there will be lessons on scoring more points and rules and regulations in a competitive sport.

It has been identified that most of the grapplers who are well successful in grappling have been trained in Gracie methods. Therefore, it is clear that GJJ is not only for street fights and self-defense, but it can also lead you to the competitions too. Thereby, GJJ seemed like the better option out of two Jiu Jitsu forms.

For example, when Ryron Gracie took on Andre Galvao we saw that Andrew was unable to tap out Ryron in Andre’s world. Using simple Gracie Jiu-jitsu techniques, Ryron was able to survive. And he kept it playful too!

Some people say that learning BJJ is funnier than learning GJJ. Because GJJ has hard set of rules and regulations, such as Gracie Diet which needs to be followed during the trainings. And also BJJ has more techniques. That creates more entrainment value for the audience to watch. 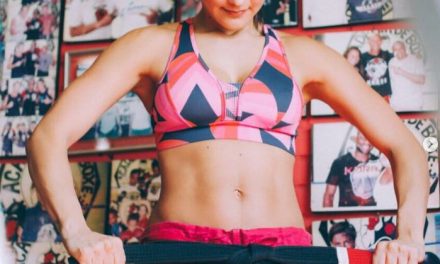 Not Rolling With Women in BJJ