If you train Jiu-Jitsu, it’s sometimes easy to forget that this is a real martial art, because many of us  have so much fun sparring in class without considering the real street aspect applications. And that’s where the debate between sport Jiu-Jitsu and self defense Jiu-Jitsu happens. This debate is especially heated in some of the best BJJ Forums on the internet. However, regardless of the type of Jiu Jitsu that you practice, just knowing Jiu Jitsu can help you with any real life fight.

Watching real street fights is immensely useful in your Jiu Jitsu journey. It shows you that people who don’t practice Jiu Jitsu don’t react the same way your sparring partner in class reacts. And it reminds you that you should be developing your Jiu Jitsu game to be more street applicable – in case you need it. Hopefully, your attacker isn’t coming to you with a sword or dagger.

There are always lessons to be learned in watching fights. Of course, it’s a lot easier pointing this out when watching a fight, instead of being in one. We have chosen 5 videos of real street fights where one of the fighters is using BJJ.

WARNING. The videos below, do contain violence. If you can’t handle watching street fights, then don’t proceed. And we definitely don’t condone fighting on the streets.

This fight starts with the Jiu Jitsu guy on top, and is swept. We aren’t sure if the other guy knows any Jiu Jitsu, but it does seem he has some experience because he does have some good base and was able to defend a few attacks.

As the Jiu Jitsu guy gets swept, he starts to take some punches, but does an amazingly great job and protecting himself by hiding under his opponents thigh. Then he is able to recover guard and briefly throws his opponent off base.

While he’s in the guard, he maintains great hand control of his opponent, which avoids the punches. Eventually, you see the Jiu Jitsu guy go for a kimura and it’s broken up.

The Jiu Jitsu guy did an incredible job of blocking punches and getting seriously hurt. However, one punch is all that would have been needed to knock the Jiu Jitsu guy out. Keep in mind just how difficult it is to maintain your base. Our Jiu Jitsu guy should have mounted his opponent, but it seems that becuase of an early scramble, our Jiu Jitsu guy was on the bottom.

2) TRIANGLE CHOKE ON THE STREET

In this fight, our Jiu Jitsu guy is taking a lot of hits. It’s hard to see the damage he’s taking though, because of the angle. However, he does a good job of breaking his opponent down and holding him.

Eventually, he ends up getting a triangle. However, he doesn’t quite have the angle in order to get the choke, and to make things worse, his opponent falls to the side. It’s here that you actually see the damage our Jiu Jitsu guy has been doing from the bottom.

Instead of finishing off the choke, the Jiu Jitsu guy decides to just keep punching. Unable to get the triangle choke, he stands up and soccer kicks his opponent.

It’s not clear how experienced in Jiu Jitsu the bottom guy was. He wasn’t trying to lock in the triangle choke, which would have been the best thing to do.

This looks like an after school fight. Our Jiu Jitsu guy goes in for a takedown, but gets hit at the same time. Even though he’s kicked, he manages to go to the ground. There is a quick scramble, and the Jiu Jitsu guy ends up on the bottom and pulls his opponent in the guard.

Right away, an arm bar is pulled, but the guy on top stands up and slams the Jiu Jitsu guy. This slam defends the arm bar, and now makes the guy on top even more pissed and he starts throwing punches. The Jiu Jitsu guy is able to control the arms and pulls off another arm bar and it seems that eventually he does end up breaking his opponent’s arm.

This Jiu Jitsu guy did have some take down knowledge and wanted to get to the floor right away. However, he should have been aware of the kicks, luckily that one didn’t end the fight. This is a good lesson when trying to take an opponent down on the street. Be aware of kicks.

Also, be aware of the slams. In a street fight, if you don’t let go, there is a good chance you land on your head and the fight ends up there. Luckily, they were on grass, so the Jiu Jitsu guy was ok.

This is a David and Goliath fight. After a heated argument, the bigger guy tackles the smaller Jiu Jitsu guy. Immediately, the BJJ guy goes to his back and is able to sink in a rear naked choke. The bigger guy panics and begins to throw punches to the back, and the Jiu Jitsu guy lets go of the choke.

The interesting thing about this fight is how it ends. Even after being choked out and punched, the bigger guy is still able to get up and confronts the Jiu Jitsu guy again. We always think about what happens during a fight, but not after. If this happens to you, make sure you have an escape route planned.

5) FIGHT ON THE BASKETBALL COURT

This fight has been pretty popular in the internet realm. In fact, Ryron and Rener Gracie used this fight in one of their Gracie Breakdowns. We have included this, just in case you missed it, because it’s a great example of Jiu Jitsu being used in a regular street fight.

The Jiu Jitsu guy is in the green shirt. Another basketball player begins to argue with him and you can see the heat escalate – and finally the non BJJ guy throws a punch. Luckily, the BJJ sees this coming. As the punch is thrown, the BJJ guys goes to the floor by pulling guard and is able to get to the opponents back. However, he decides to thrown some punches instead of working for the rear naked choke, and the non-skilled opponent is able to turn into him.

The BJJ guys then attempts going for an arm. It was very loose and the opponent slams him. Not hard enough because this leads to another scramble where our BJJ guy ends up in the 50 50 position. It’s at this point that the Jiu Jitsu guy tells him he will break his knee and the fight eventually gets broken up.

We are told that this BJJ practitioner is a purple belt. One of the biggest lessons to be leaned here is holding onto an advantageous position. With the adrenaline pumping, it’s natural for you to want to inflect damage to your opponent and also to start punching. However, had the BJJ guy secured the back position, holding onto the backpack position and calming the opponent, he would have eventually been able to sink in a choke. Especially since MMA gloves aren’t involved.

Just remember, if you ever are in the unfortunate position of getting into a streetfight, you don’t have to throw punches or if you are lucky – receive them.  Do you know the meaning of Oss in jiujitsu? If you do, then keep that mentality during a street fight. That’s what’s so fantastic about Jiu Jitsu, is that you can win the fight by choking your opponent or even neutralizing them. In a real fight, there will be adrenaline pumping and your opponent isn’t going to react the way they do in class, so it’s always a good idea to spar in class and have your partner react like they don’t know Jiu Jitsu. 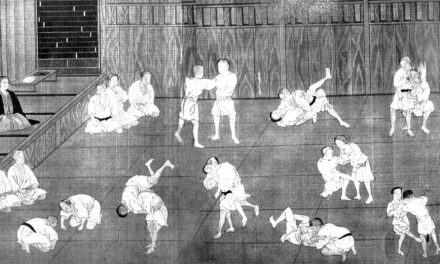 Judo or BJJ for a Street Fight Tang Soo Do vs BJJ 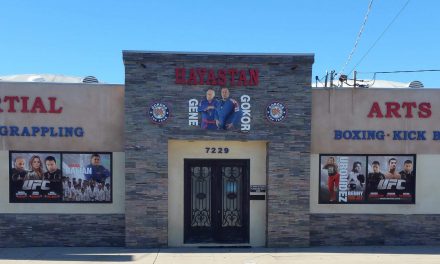