Brazilian Jiu Jitsu is a very advanced combat martial art which consists of throws, grappling, submission, joint locks and ground fighting. So, there are chances to have many injuries to those involved in BJJ. Actually, BJJ players can wear a standard BJJ headgear for their own safety in the training sessions. The headgear is not a fully covered headgear, it is a half-covered headgear where its face is open and only the head part and ear area are covered.

Contents hide
What is BJJ headgear?
Effects of wearing a BJJ headgear
Does the IBJJF allow Headgear During Competition?
Important factors to be considered when you are choosing a headgear

What is BJJ headgear?

Effects of wearing a BJJ headgear

Wearing a headgear in BJJ helps to prevent Cauliflower Ears. When rolling, the ear can be squeezed and grounded, that can cause small breaks and tears in the cartilage of the ear shell and thereby Cauliflower ears can happen. When this happens continuously the ear gets thicker and some bumps in the ear will be made like a cauliflower. Because of this, the ears can get infections easily and it will make things worse inside ear. Wearing a headgear is a very good solution for protection of the ear. BJJ headgears can prevent the impact that comes to the head, face and ear and protect the player from all these unnecessary impacts.

In BJJ there are no kicks and punches, there is grappling and joint locks. So headgear is an equipment that can be used to protect the ears and head from injuries which can be happen while grappling and doing ground fighting techniques.

Does the IBJJF allow Headgear During Competition?

IBJJF (International Brazilian Jiu Jitsu Federation) does NOT allow the use of headgear. In an official BJJ tournament they won’t allow you to wear a headgear according to their standards. Because when they do grapple, wearing a headgear gives an uncomfortable situation to the player and to the opponent. That means in a tournament there is no way to protect even the ears.

Here’s the actual rule that is in the IBJJ rule book:

Use of any foot gear, headgear, hair pins, jewelry, cups (genital protectors), or any other protector fashioned of hard material that may cause harm to an opponent or the athlete him/herself is forbidden. Also, it is forbidden to use eyes protectors, even if they are made for sports practices.

Important factors to be considered when you are choosing a headgear

Not like other headgears used in other martial arts, BJJ headgears must have designed in a special way that must be helpful to prevent cauliflower ear and to protect the head of the player and also it must be not an obstruction for the grappling. You can consider the following factors when you are going to choose a proper BJJ headgear.

Another factor that you have to consider when choosing a headgear for BJJ practicing is that to choose a headgear that do not block the sound. You must have the ability to hear your instructor. In the market there are several types of headgears which cover the entire face and thus block the sound making the instructor inaudible for you.

Not only the instructor but also you need to hear your training partner too. hearing is an essential tool in learning, and it is applicable for BJJ learning too. On the other hand, if you can not hear what others are saying you will have to constantly take off your headgear and listen to them. It may distract you from your trainings.

By considering many more factors as stated above, it can be concluded that it is recommended to wear a headgear which is specially made out for BJJ, and you have to prevent wearing common headgears. And be aware that you can listen to others through your headgear, there are headgears with holes in the ear caps.

It facilitates a better air circulation. So, you can choose that type of headgear for your BJJ trainings. In BJJ, there is a possibility of chin injuries therefore, it is recommended to have a headgear with a reinforced stitching on the chin strap. You need to consider about the adjustability of the headgear which you are going to use.

There are headgears in the market which are having adjustable straps. You can choose a headgear with easily adjustable straps on all sides of the headgear and those straps must be tighten in a good manner after adjusting. They will help to fit on your head and thus prevent you from injuries. 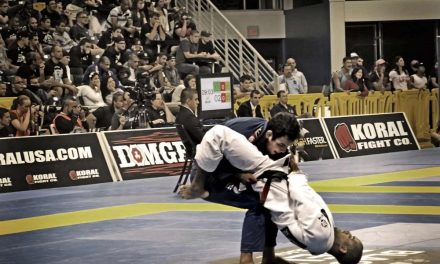 Why Can’t You Slam in BJJ